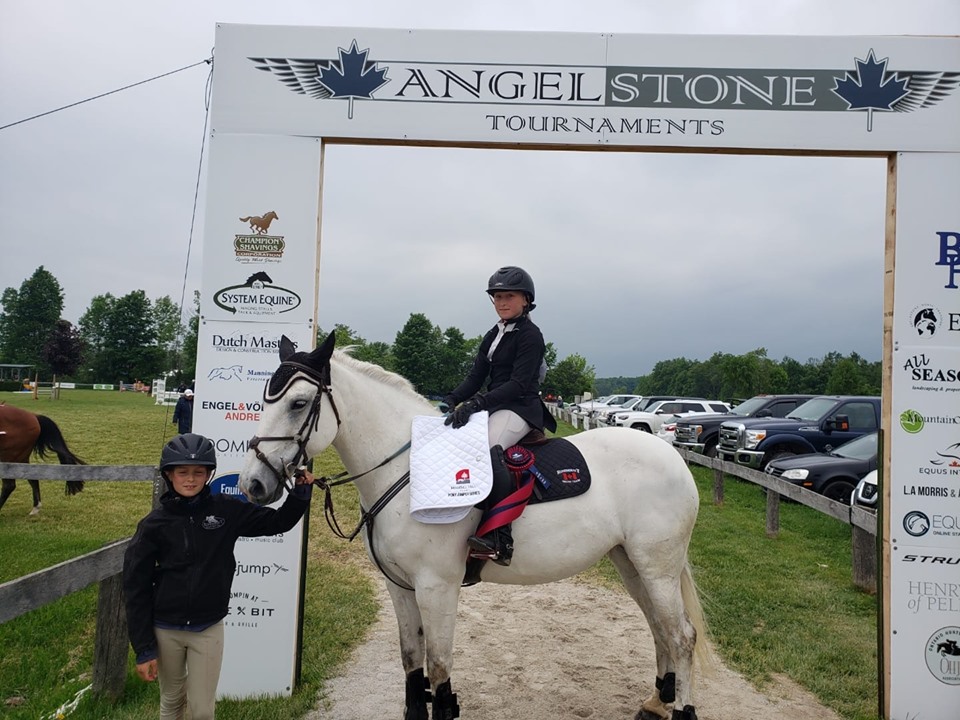 Well, it’s half way through June and we’ve got lots to report! Pony Jumpers went to Angelstone in Erin, ON on the 8th and despite some challenges and some intense competition all riders gave it their all and brought something home to work on. The following day the Trillium show team headed down to the Essa Agriplex for the second Trillium show of the season. Much like the Pony Jumpes, all riders were met with a challenge and were up against some pretty impressive competition. As always though, Trompe le Monde proved her worth and Devon Catling brought home Reserve Champion in the 0.90m division. Kaylin Clarke and Silver Rush also rode well and received a first place ribbon in the 0.90m division.

Fast forward to June 14th and 15th and Pony Jumpers were back at it, and with a vengeance! Hayden McCahon and Silver Rush won the $500 MarBil Jumper Classic, with Sydney Freeman and No Rhyme, No Reason not far behind with a 4th place.
With a few shows under all of our show team’s belts we’re off to a good start!
See you all this weekend at Rushmount Trillium II!
Related posts
From the Rider: Why I love the Schoolies
May 7, 2020
Getting back to business
May 6, 2020
Give back to the schoolies
May 5, 2020
COVID-19 Update
April 11, 2020
Another year, another North Simcoe Challenge Series!
March 4, 2020
Another Banquet for the Books
February 4, 2020